The Best Time to Have a Heart Attack? When Doctors are Away

Large medical conventions – where hundreds if not thousands of doctors converge on some luxury hotel in an exotic location – supposedly to read scientific papers to each other – often attract a well-worn joke: that such conferences are indeed the best place in the world for a member of the public to fall ill, like have a heart attack, for example.

But a recent study has turned this prediction on its head, suggesting instead the safest place to have your acute cardiac event is in fact anywhere but where all the senior cardiologists have congregated for that week-end junket. 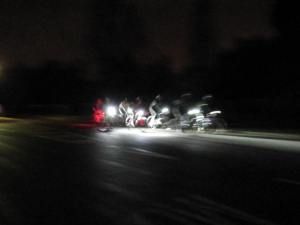 The paradoxical finding illustrates the reality that health and medicine remain stubbornly complex affairs and defy easy solutions, such as simply throwing a lot of physicians at a problem is always best for patients.

Yet the British Government currently seems to fallen victim to this joke. They seem to believe that the more doctors you throw at a patient, the longer they will live. Not only might this not be true, it could even be positively bad for your health.

This idea is suddenly more relevant than ever as senior doctors appear pitted against junior colleagues over the wisdom of mounting strike action in an increasingly bitter dispute in the UK’s National Health Service.

The debate includes the effects on patients of having a lot of senior or junior doctors around, or not, particularly at week-ends.

The Academy of Medical Royal Colleges in the United Kingdom is widely reported by the media, including the BBC News website, to be “disappointed” by the launch of a program of a week of strikes by junior doctors later this month in England.

This industrial action by ‘younger’ physicians will be followed by three more five-day walkouts in October, November and December – actions some see as unprecedented in the history of the medical profession in the UK.

The Academy contends the proposed strikes are ‘disproportionate’ and this criticism of their ‘lower-ranking’ colleagues might represent the beginnings of a split between the more ‘senior’ members of the medical profession from their ‘junior’ colleagues.

After all, the British Government would hardly be the first to see the benefits of ‘divide and rule’ when dealing with as respected a profession as doctors.

It is currently being emphasized across the UK media that in contrast to senior consultant physicians, it is the junior medics who appear to now be escalating what may be becoming the worst industrial relations dispute in the history of the British National Health Service. 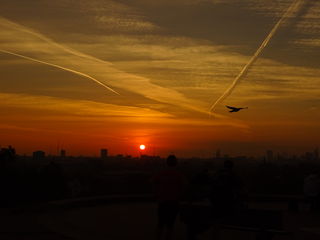 The British Medical Association, otherwise known as the trades union in Britain for physicians, has declared that the government could end the strikes by calling off the imposition of a new contract, which is due to be rolled out from October and which proposes significantly altering the working pattern of junior doctors, but which the government has claimed is about creating a ‘seven-day’ National Health Service.

The new policy is supposed to be a response to controversial claims that mortality rates are significantly higher for patients admitted to hospital at week-ends. The government argues, this highlights why more doctors are needed in hospitals on Saturdays and Sundays and so why the new contract is being imposed.

Health Secretary Jeremy Hunt meanwhile reportedly described this month’s strike as “devastating news,” predicting it would lead to the cancellation of 100,000 operations and one million appointments.

The Best Time to Have a Heart Attack? When Doctors are Away

Dr. Raj Persaud & Dr. Peter Bruggen are regular contributors to Psych Central Professional. Dr. Rajendra Persaud, also known as Raj Persaud, is a leading consultant psychiatrist, broadcaster and author of popular books about psychiatry. He is well known for raising public awareness of psychiatric and mental health issues in the general media. He has published five popular books and has received numerous awards. The Times recently placed him as one of the Top Twenty Mental Health Gurus in the world.

Dr. Peter Bruggen was part of the UK Royal College of Psychiatrist's Podcast Editor Team, with Dr. Persaud. From 1969 to 1994 he was a consultant psychiatrist at Hill End Adolescent Unit, St Albans. He was also a consultant psychiatrist from 1969-90 at the Tavistock Clinic. His work has featured family therapy at the death bed, working with families in the community rather than admitting adolescents to hospital, and staff relationships. Dr. Bruggen has also written three books, including Surviving Adolescence and Helping Families (both with Charles O'Brien), and Who Cares? True Stories of the NHS Reforms, for which he conducted face-to-face interviews with one-hundred people.

APA Reference
Dr. Peter Bruggen, D. (2019). The Best Time to Have a Heart Attack? When Doctors are Away. Psych Central. Retrieved on April 6, 2020, from https://pro.psychcentral.com/the-best-time-to-have-a-heart-attack-when-doctors-are-away/

Still Home Alone, No Visitors, after 2 More Weeks Have Passed

Being A Psychotherapist In The Midst Of The Coronavirus Pandemic